Secure Your Supply of Our Strong, Bold & Delicious, Energy-Boosting Healthy Coffee
50% OFF Today While Supplies Last

“Very tasty coffee, this stuff will keep you awake and supercharge your workouts. I've had other coffees and they just didn't live up to my expectations. The flavor is amazing and the effect is unbelievable.” - Daniel R.

Athletes All Over the USA
Are Loving This Coffee... 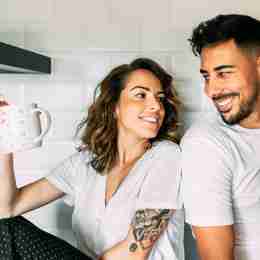 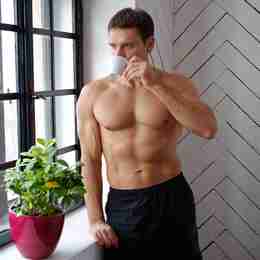 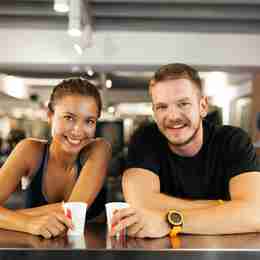 We love PR Coffee for so many fitness benefits:

The high levels of caffeine in coffee significantly improve the ability to burn fat during exercise. In addition, drinking coffee in the morning means consuming fewer calories during the day because caffeine suppresses appetite.

Research shows a significant increase in fat oxidation (burning)as a result of increased metabolism. This means coffee provides more effective fat burning during a workout and for several hours following exercise.checking with their physician first.

Caffeine enhances the metabolic rate, the rate at which the body uses or burns energy. Research shows that consuming coffee is associated with a significant increase in metabolic rate during caffeine ingestion and continuing for three hours.

“Caffeine is effective for enhancing various types of performance when consumed in low-to-moderate doses,” according to a position stand from the International Society of Sports Nutrition.  Even if you are already a coffee drinker, you may find that simply consuming your coffee prior to working out yields a significant difference in performance ability.

Caffeine enables an athlete to train longer and with greater power output. Caffeine was also shown to improve endurance levels and resistance to fatigue. Endurance athletes appear to benefit greatly from coffee. Coffee stimulates the body to use fat stores, instead of muscle glycogen (sugar), during long workouts. This allows for prolonged use of working muscles.

Research on coffee and the rate of perceived exertion (RPE) indicated that athletes had a more positive exercise experience when they consumed coffee. They felt less fatigue and effort during their workout sessions.

A study measured the cognitive effects of caffeine on athletes. Those athletes consuming caffeine prior to intense fitness training showed improved concentration with the ability to sustain high levels of exercise intensity. These results also included athletes without sufficient sleep.

A small study involving women found that drinking two cups of coffee can reduce post-workout muscle soreness. This is a significant improvement for active adults concerned about soreness after an intense workout.

Another small study of caffeine-consuming males found that caffeine significantly reduced post-workout muscle soreness and shortened recovery time compared to a placebo when measured on day 2 and 3 post-workout. The participants drinking coffee prior to upper body weight training were also able to complete more repetitions on their final set.

Drinking a cup of coffee prior to exercise may help those who tend to give up during a workout. Exercise can cause painful lactic acid build-up when the muscle is stressed. Some tend to stop working out because of this discomfort.

Coffee contains powerful antioxidants shown to reduce our risk of disease. Antioxidants work by removing free radicals that cause inflammation in the body resulting in illnesses and diseases. According to research published in the Academy of Nutrition and Dietetics, “coffee provides one of the greatest sources of antioxidants in the American diet.”

Coffee and caffeine health benefits have been linked to disease prevention. Studies have shown coffee to reduce inflammation, help Parkinson’s disease, and lower the incidence of certain cancers. It may also lower the occurrence of gallstones.

Johns Hopkins Medicine recently reported that, according to the Dietary Guidelines for Americans, “it’s safe for most people to drink three to five cups of coffee a day with a maximum intake of 400 milligrams of caffeine.”

They reported multiple benefits of drinking coffee, including the following: 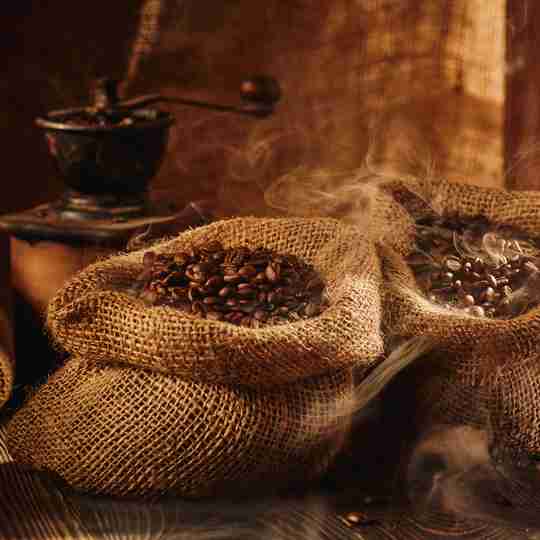 With all these benefits, however, there’s a big risk in drinking coffee: pesticides, mycotoxins, and molds.

One research study found that 91.7% of the coffee samples they tested contained molds. (source)

So what do you do?

Our RX Coffee is clean, healthy, non-GMO, pesticide-free, and as pure as you can get with just one simple ingredient: The Strongest, Boldest, Healthiest Coffee to RX Your Workout and Your Day

We went on a search to find the best coffee for athletes. What we’ve found is that regular mass-produced, blended coffee is loaded with chemicals and additives that destroy the flavor.

The best-tasting coffee, it turns out, is also the healthiest coffee.

The coffee we’ve found is delicious and is the cleanest, purest, healthiest coffee we've ever seen. 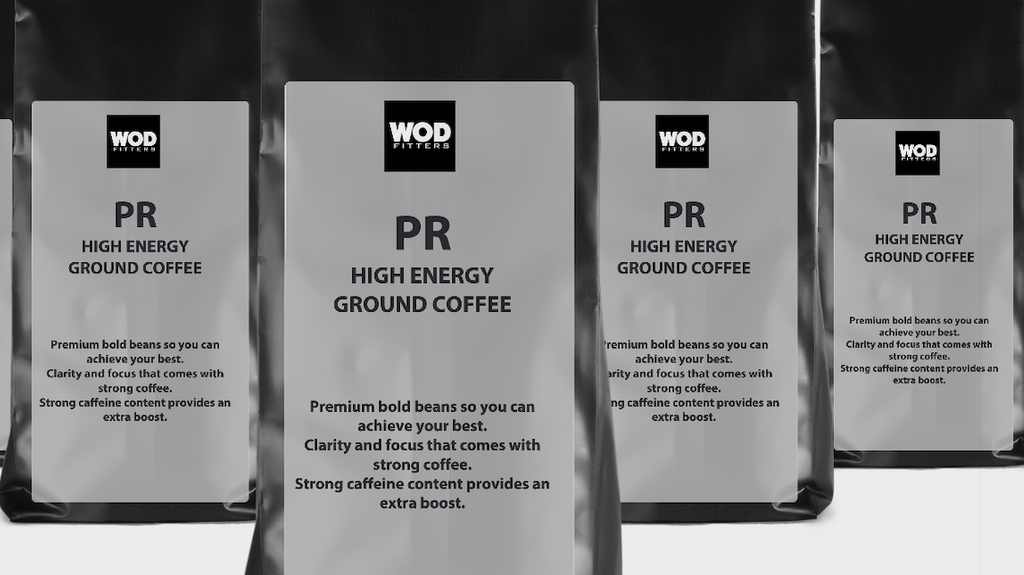 Here’s Just a Few of
the Qualities of PR Coffee: 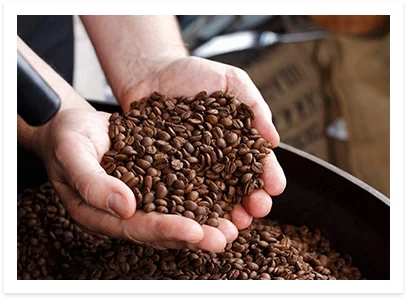 Coffee is delicious, but poor quality coffee can be toxic. You want coffee that’sclean and pure to ensure there are never any pesticides… 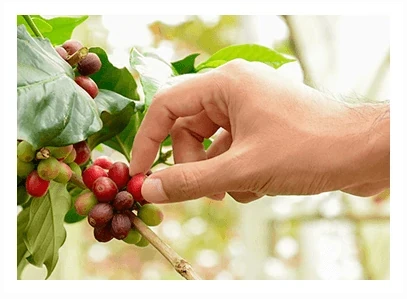 For the best-tasting coffee, you don’t want the sun beating down on the beans harming the natural maturation and rich, complex flavor. Only2% of the world’s coffee is shade-grown. With shade-grown coffee, no pesticides are needed. You deserve natural, unharmed, pure coffee. 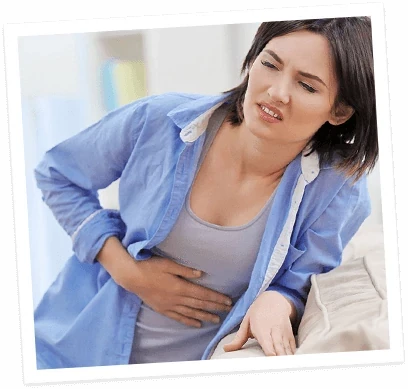 One of the biggest complaints about coffee is the digestive discomfort from some brews. You probably know all about it yourself… the heartburn, indigestion, bathroom trips, and more.Sometimes you just don’t know what a given coffee is going to do to your stomach!

Now, a lot of that discomfort has to do with the acid in your stomach. And you may also know the discomfort depends on the type of roast you drink.(Hint: Medium and Dark Roasts are easier on the stomach!)So it can be a gamble as to how your stomach will handle a new coffee.

But because of the steps you’ve just read about above, RX Coffee guarantees its coffee won’t bother your stomach! There’s nothing inside that can trigger excess stomach acid or affect digestion.

On top of low acidity, RX Coffee has none of the junk swimming around in most coffees that aggravates your stomach. That means no pesticides, chemicals, GMOs, or mycotoxins.

That means nothing that careless farmers and profit-hungry manufacturers use to get their brews out the door fast.

And that’s not all. This coffee includes
all the above qualities and more: 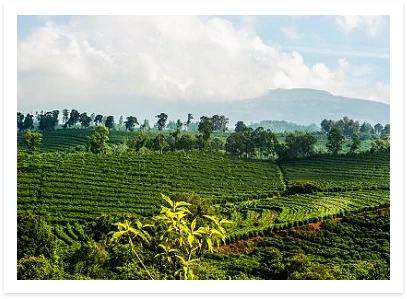 High-altitude specialty coffees, generally command a far better market price due to their exceptional flavor and vibrancy, lower yield per coffee tree, and challenge to coffee farmers in remote mountainous areas. This means truly superb coffee beans that represent one of the world's most affordable luxuries. 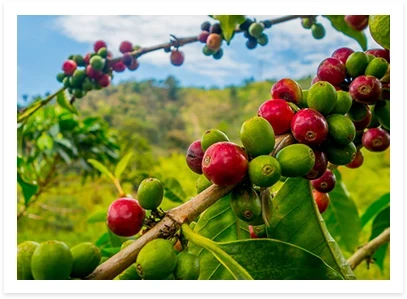 Once washed, the beans are sun-dried until they've achieved a moisture content of 11.5%. (Too much moisture and you risk mold; too dry and the flavor of the coffee is spoiled.) Finally, the beans transition to a 30-day "rest" period which allows the flavor profile of your beans to deepen in richness, complexity and taste. 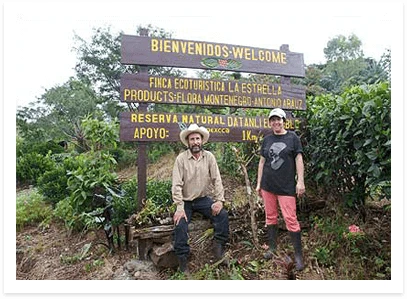 This coffee is grown in a sustainable environment. Farmers grow their coffee which is an environmentally friendly way of producing crops. Not only is this good for the environment, but it is better for the coffee. By employing farming methods, the fairly traded coffee is grown by farmers who are paid a fair wage for doing so.

Specialty coffee represents the very best of the world’s coffee yield or the TOP 3% of global production. These beans are the largest beans that are hand picked out because they are perfect with no defects. Only the very best. 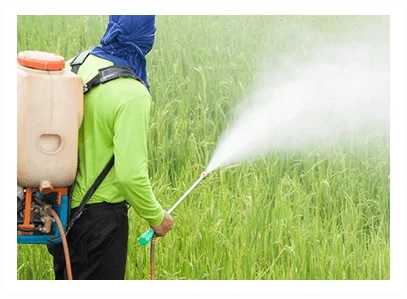 Some other coffee farms slash and burn the rainforest and spray their coffee beans with toxic pesticides to keep the bugs away. We think it's better to grow our coffee in chemical-free, nutrient-rich virgin soil.

If you’re anything like me, I prefer to grow our coffee the natural way, in the cool shade of ancient trees, where the beans can ripen slowly and migratory birds, like the beautiful Scarlet Tanager, can naturally manage bugs like the coffee farmer's archenemy - the coffee borer. 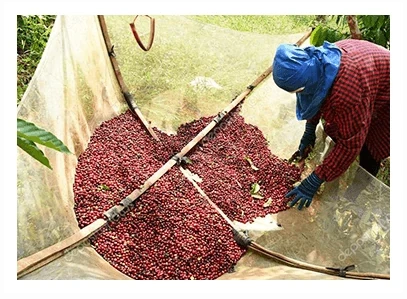 Conventional coffee farms soak the ground with harsh chemical fertilizers - as much as 250 pounds per acre! When you grind up beans that have chemical residue and add hot water to them, you concentrate those chemicals into your cup of coffee.

Our beans are grown from single origin plants that have not been genetically modified. We believe in keeping our coffee as clean and pure as possible not just for health reasons, but to protect the environment and the delicate flavor profile that you get with every perfect cup.

From Our House to Yours: PR Coffee

Now you will be able to drink coffee guilt-free. It tastes delicious and is free of all those harmful chemicals, additives, and pesticides in so many brands found in stores and coffee shops.

This great-tasting, pure coffee is strong and bold and will take your performance to the next level!

I know this may be your first time trying a coffee so pure, clean, and delicious.

So I have a deal for you.

I know you’re going to love this coffee. After one try, you’ll never go back to mass-produced toxin-loaded “generic” coffee.

WE’RE HERE FOR YOU DURING THIS TIME: GET 50% OFF YOUR ORDER WHILE SUPPLIES LAST! (WE’LL EVEN PAY FOR THE SHIPPING!)

Current status: In stock. Your order will ship today.

PR Coffee - The Strongest, Boldest Coffee to set PRs in your Life and Your Workouts
Single Pack

PR Coffee - The Strongest, Boldest Coffee to set PRs in your Life and Your Workouts
3 Pack - Buy 2 Get 1 FREE

PR Coffee - The Strongest, Boldest Coffee to set PRs in your Life and Your Workouts

+ Free shipping on your order!

“There Just Is No Better”

So smooth, and absolutely no acidity. believe I will have to become a monthly subscriber to bring the cost down even further. When you buy in bulk the price plummets. Do yourselves a favour, come on, you deserve it. Shade-grown, hand picked, hand washed, lightly roasted and no pesticides equals this incredible quality.

So smooth, and absolutely no acidity. believe I will have to become a monthly subscriber to bring the cost down even further. When you buy in bulk the price plummets. Do yourselves a favour, come on, you deserve it. Shade-grown, hand picked, hand washed, lightly roasted and no pesticides equals this incredible quality.

“This Coffee Is Delicious”

It is full bodied flavor with a great aroma and the packaging is natural and adorable. It feels great to know that the beans were grown and sustainably harvested from a single source. This makes all the difference! I would definitely purchase this again for my family as well as for gifts for friends. An excellent product!

“It Is Smooth, No Bitterness, With Full Bodied Flavor”

A bit of cream and this coffee is wonderful. The fact that it is grown on a small farm and the coffee you receive is from just this farm, is what makes this coffee have its wonderful flavor. I am on my second order and am now will be a customer for life..